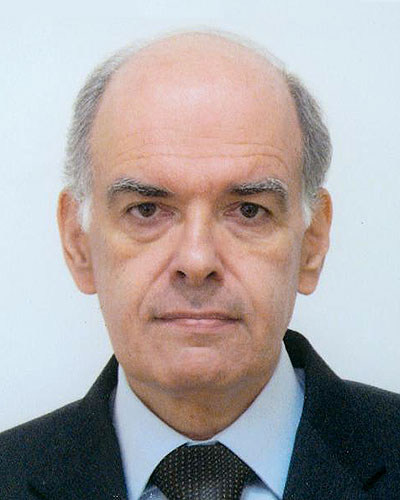 Everton Vieira Vargas is the current Coordinator for International Relations for the State of Pará, and worked many years as the Brazilian chief negotiator for climate change and sustainable development. He has also enjoyed a long career in diplomacy, including as Ambassador of Brazil to the European Union (2016-2019), Argentina (2013-2016) and Germany (2009-2013). Everton Vargas is also actively involved in the organization of the World BioEconomy Forum as part of the Advisory Board. In his Five Minutes With... interview, he gives insights about the state of the bioeconomy in Brazil, and the future of the region.

The pandemic is not totally over, although there are signs that there are better times ahead. In your opinion, what kind of impact has the pandemic had on the circular bioeconomy and what are the implications for the future?

COVID-19 has had deep impacts on our way of life and has compelled mankind to
review its assumptions about the future. It has brought about a steep decline in
employment, income, tax revenues, investment and global trade. It is, perhaps, too early to state how wide and deep some the repercussions are and how long they will last. And how strong its transformative features on methods, habits, patterns and practices of our society are.

COVID-19 coincided with a strong movement engaging a variety of actors in practically all countries to combat climate change. This means a double-front struggle against predatory patterns of consumption and production, as well as against social and economic inequality. This gap has been intensified by joblessness, hunger, disease and the failure of safeguarding necessary assistance to those affected by illness regardless of their social and economic condition.

The answer to the rise in global temperatures and its consequences requires urgent, practical and bold actions by those with political power. Governments at all levels, businesses, academia and R&D institutions must find a common ground for cooperation. Neither climate change nor COVID-19 will be won unless national and multilateral efforts are combined. Both have joint impacts on the bioeconomy. Mitigating and adapting to these impacts require multiple and calibrated actions in view of the imbalances among and within nations. These actions must be taken now, alongside with environmentally friendlier investments that support the bioeconomy. Of course, it is much easier to say this than actually put it into practice: one of the challenges we do need to confront in the coming months and years is how to harness political will to put processes and production on a more sustainable path, as well as how to overcome market failures that hamper the development of bioeconomy.

Your working career has been in diplomacy as an ambassador in various locations around the world. You have also been instrumental in major negotiations in Brazil for climate change agreements. Brazil is known as a rich country when it comes to natural resources – how do you see the role Brazil plays in the global circular bioeconomy?

Brazil is a rich country not only in natural resources, but also concerning its economic potential and the openness of its society towards innovation. Agriculture is a case in point. The establishment of the Brazilian Agricultural Research Corporation (EMBRAPA), in 1973, started a revolution in tropical agriculture via R&D. It took up the challenge to develop a genuinely Brazilian model of tropical agriculture and livestock to overcome the barriers that limited the production of food, fibre, and fuel. This effort has helped to change Brazil. Nowadays, our agriculture is among the most efficient and sustainable ones in the planet. The success of EMBRAPA was due to investment in knowledge, a policy that was also rewarding in other areas in Brazil, like aviation, deep-sea oil drilling, biofuels, pharmaceutical drugs, and vaccine production.

The global circular economy has a critical role to play in shaping the future development of the country. A key aspect is how to overcome inequalities. An alliance between the private sector and the state is necessary to enhance Brazil’s capacity to be a central player in the global economy; investments should be oriented towards infrastructure, expanding productivity and improving competitiveness. Bioproducts and processes can make a huge difference in this endeavour. Supporting R&D facilities and institutions will provide tools to catch up to a whole group of new and emerging processes, products and industries. Building this future requires bold and consistent political decisions.

In Brazil, specifically, the bioeconomy can open new paths for economic and social development, in a way similar to the one opened in agriculture by EMBRAPA. This means a shift on how we look at the country and its different regions: specific and customized policies and actions will have to be implemented to address climate change in each of the macro- regions of the country, combat deforestation and desertification and stop the loss of biodiversity. Furthermore, credit and industrial policies will have be redesigned, taking into account that a significant number of the investors are micro and small enterprises or start-ups.

This year Forum will take place in Belém, Brazil, the gateway to the Amazon. What are your expectations for the event?

The dimensions and the natural wealth of the Amazon make it an area that integrates Brazil with its neighbours in the North and the West of South America. The physical and chemical processes innate to the forest that result in the rainfall in other areas in Brazil — like the Midwest and the Southeast – highlight the unique strategic role that the region plays in the country. The Amazon is also a resource frontier that has been occupied more intensively in the last five decades. But it is a mistake to think of it as a uniform area.

Recent scientific research has shown the huge costs of deforestation and forest fires for the future of the region. The bioeconomy should be an alternative for protecting forest and biodiversity for a transition that changes the economic assumptions used to justify the predatory actions in the region. Moreover, the bioeconomy could produce positive structural changes already underway in the Amazon, like connectivity, industrialisation, urbanisation, civil society organization and the end of land grabbing and illegal logging.

From the perspective of the State of Pará, the Forum should be a locus for pragmatic
discussions on what kind of policies, actions and initiatives should be implemented in the region. Moreover, it will offer an opportunity for those who come to Belém to have first-hand contact with local challenges, as well as have a better understanding of the economic, social and cultural potential of Amazon.

Registration for the World BioEconomy Forum 2021 in Belem is now open, register below: